We had three questions after seeing yesterday’s version of the windows and doors contract and spec sheet. They were about:

The easy one to solve was the terrazza door. The design is as expected: 3/4 glass, 1/4 wood.

The muntins question raised some concern by Kevin, as I knew it would if the budget didn’t already include true divided lights, rather just a wooden grid on top of the glass. As is true here in the US these days, true divided lights are rarely done and they are much more expensive. They also need a thicker muntin to support the weight of the pane of glass. He said we’d need to do some major reworking of the budget to do them.

(There is some irony here. Originally, muntins were used because it was expensive to make large panes of glass. Now, the labor to use small panes is too expensive.)

While we’d like to have the muntins, we don’t want the grid type, so we ditched them. Now the windows and doors will each have one pane of glass.

The arched window is the unresolved issue. We’d like to have it to keep the entry hall from being too dark.

After some discussion with the architect Alessandra and structural engineer Primo, Kevin came back with two options: a 35cm high arch and one 45cm. He said these were smaller than typical, but that we are constrained by a vertical support beam. Here are the options:

The beam appears much lower in the structure than we expected, raising some concern by Anne and me that the ground floor ceiling would be too low.

We went back to Kevin with questions about whether the small arched window would let in enough light to make it worthwhile and to clarify ceiling heights.

I’m thinking Kevin is probably going crazy with all our detailed questions.

We decided to go forward with the elliptical arch, 90cm wide and 35cm tall.

Since we aren’t sure about the light issue, Kevin and Alessandra recommended we do two things: take the tettoia, the little roof above the door, out of the plan for now, and test the light situation closer to the end of construction. Alessandra also thinks that we can raise it to a higher place on the wall, which may solve the light issue.

After deleting the muntins and adding the arch window (and accounting for the extra interior door that was in the original spec), we’re left with a cost of €28.6k, €600 above the budget, down from the €30.6k from the original spec.

(The €28k budget didn’t include the extra stairway window or the arch window, so we are coming in at or below where we expected.)

Also, Kevin sent along a diagram from the drawings that showed that the ground floor ceiling will be a nice height at 270cm (8.9ft), just what we expected from our plans in July.

He also mentioned that he’s fine with all the questions. He wants to get as much as possible right from the start, so we have only minor issues later.

I’m glad he shares our philosophy.

In response to yesterday’s questions about the windows and doors, Kevin came back from the supplier with a much improved specifications package. It addresses nearly all the open issues and includes attachments that show clearly what the windows, doors, and hardware will look like. It also includes a dimensioned drawing of a sample door.

On the cost front, they removed the interior door that had been added to the budget by mistake, which lowered the total cost to €29.7k from €30.6k.

As expected, as we got more information, it raised a couple more questions. There are three important ones:

I expect we’ll get this all sorted out and ready to sign tomorrow.

We’re still waiting for water at the site, but now the trench for the water line has been dug. I hope this means the line can be completed and connected soon, so Francisc doesn’t have to continue to truck in water.

After all the rain and snow in January and the work on the trench, it was time to regrade the road and the driveway. It’s great to see the structure of the house at the end of the driveway.

Here are all the pictures. 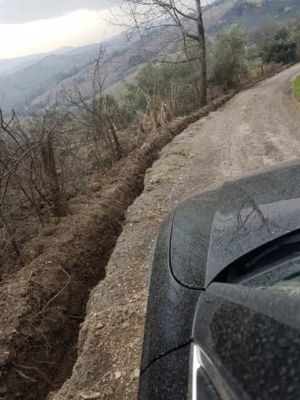 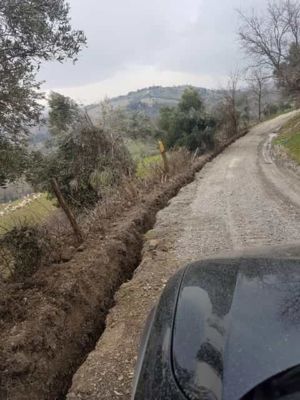 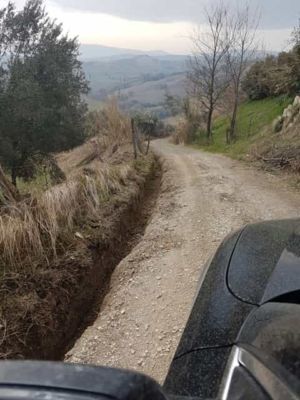 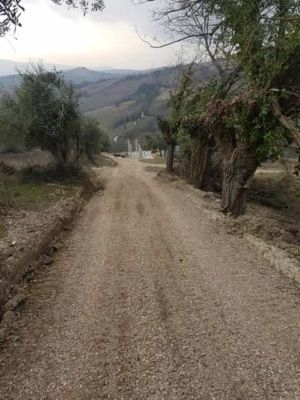 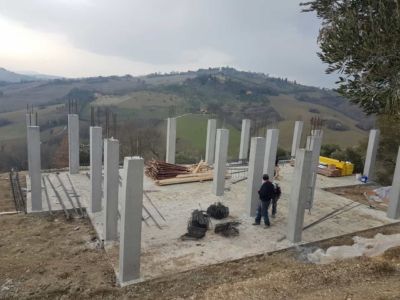 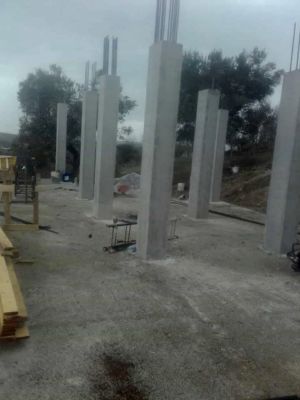 Columns Ready for Next Level 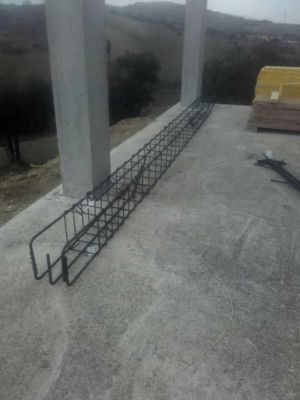 Columns and Steel for Next Level
built with GmediaGallery

Here are a few more from a day or two later. I’m not sure why the are so tilted. 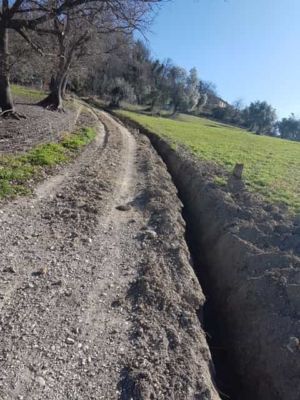 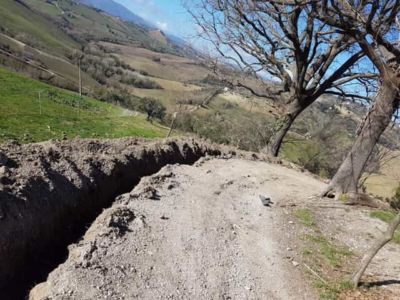 Downhil, Sidehill Toward the House 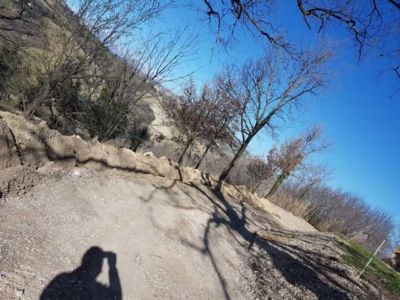 Another Tilted View of the Road and Trench
built with GmediaGallery

We received a small bit of nice news today about a quality step-up in the ceiling beams with no additional cost. Here’s Kevin:

We had in the plan standard 16cm x 16cm pine beams. In getting ready to order the beams Alessandra and I got to discussing if a bigger beam might look better (though the 16s are perfectly nice and regularly used). We discussed this with Francisc and he came back to us with this: we will go to 18x18s and we will substitute CHESTNUT for pine, at NO extra cost … these will look better and add more character.