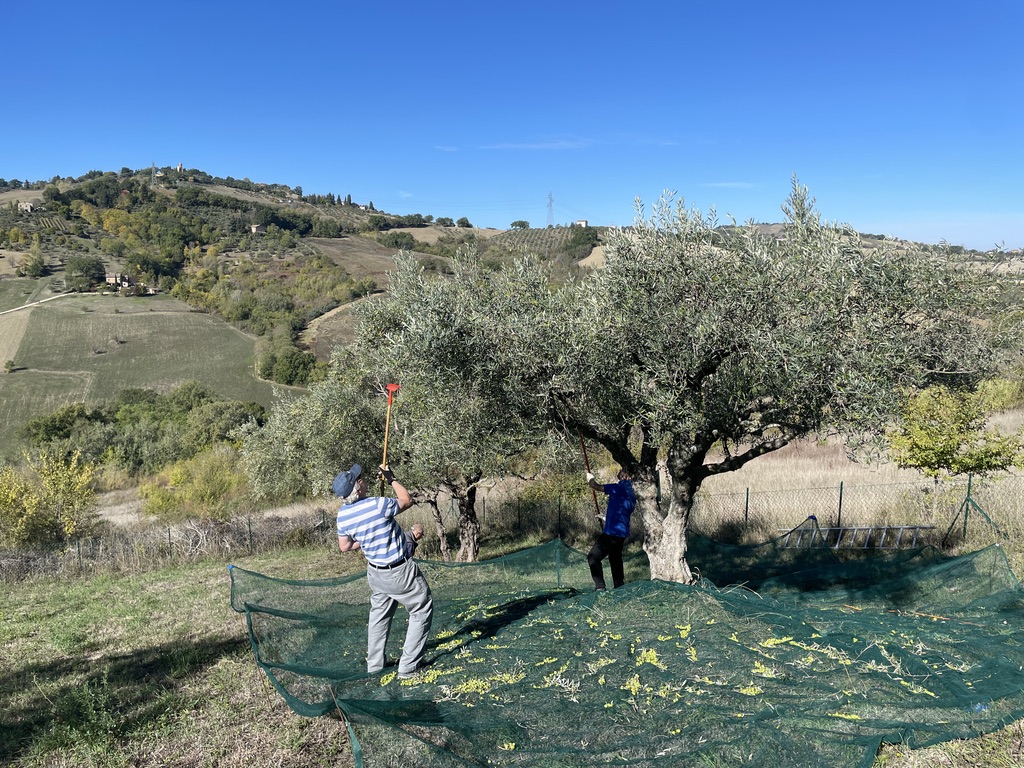 An ongoing part of my Italian fantasy has revolved around having olive trees, harvesting the olives and making oil. In fact, during the house search process there were at least a couple of candidates that were rejected due to lack of olive trees (or space to plant them).

Our land came with a few trees but had space to add a few more, which we have done. We started with 14 trees, added 6 more good-sized ones in the fall of 2018 and another 10 very young ones in 2019 (though one didn’t make it). So we now have a total of 29 olive trees. Although we have had the house since 2018 we haven’t been here to harvest our olives due to work and school schedules, Covid, etc. This year I was determined to change that.

Since we had neither the know-how nor the equipment to undertake this project, we asked our wonderful gardeners, Pippo and Marco, to help us out. Ideally we would be doing this in November but we needed to get it done before we head back to the States in a couple of days. They advised us that an early harvest would likely mean a lower yield in terms of oil, but higher quality.

We only had ten trees with fruit this year. None of our new trees had produced, likely due to the stress of being transplanted. So it was estimated to be a one day harvest. Pippo and Marco arrived bright and early on a cool but sunny day and started laying the net around the first tree. 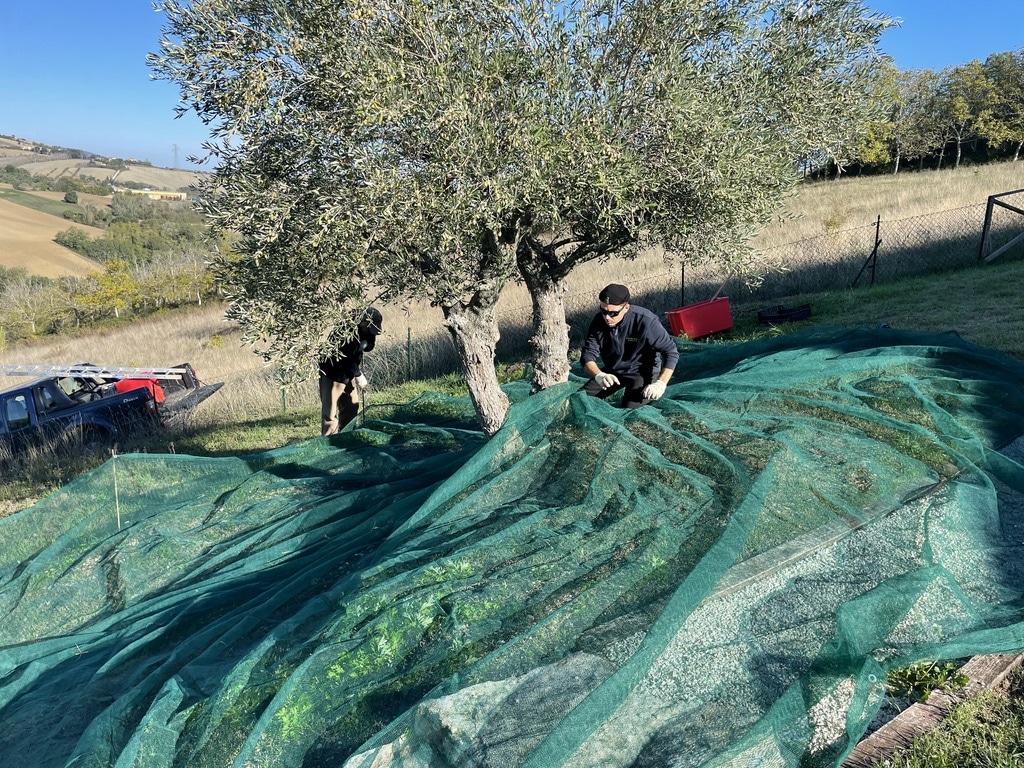 Then we got to work using small rakes and an electric device with vibrating prongs that shake the olives from the tree. Some of the trees were on a steep slope, adding to the challenge and requiring some tree climbing to get at some of the fruit. It took all day, with a two hour break for lunch, and we ended up with four large crates of olives from our ten trees. 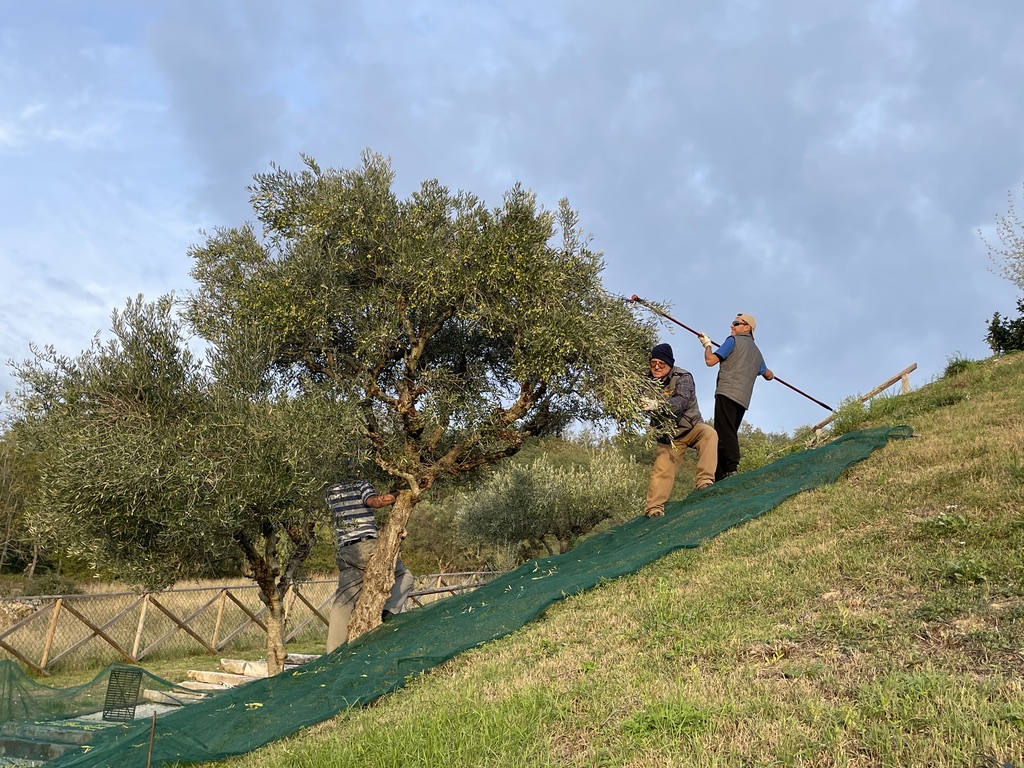 We had an appointment at the frantoio (olive press) at 2:30 the next day. We thought maybe they were going to throw our olives into a bigger batch for pressing, but they weighed them and started a separate batch just for us, labeled on the press as “America.” 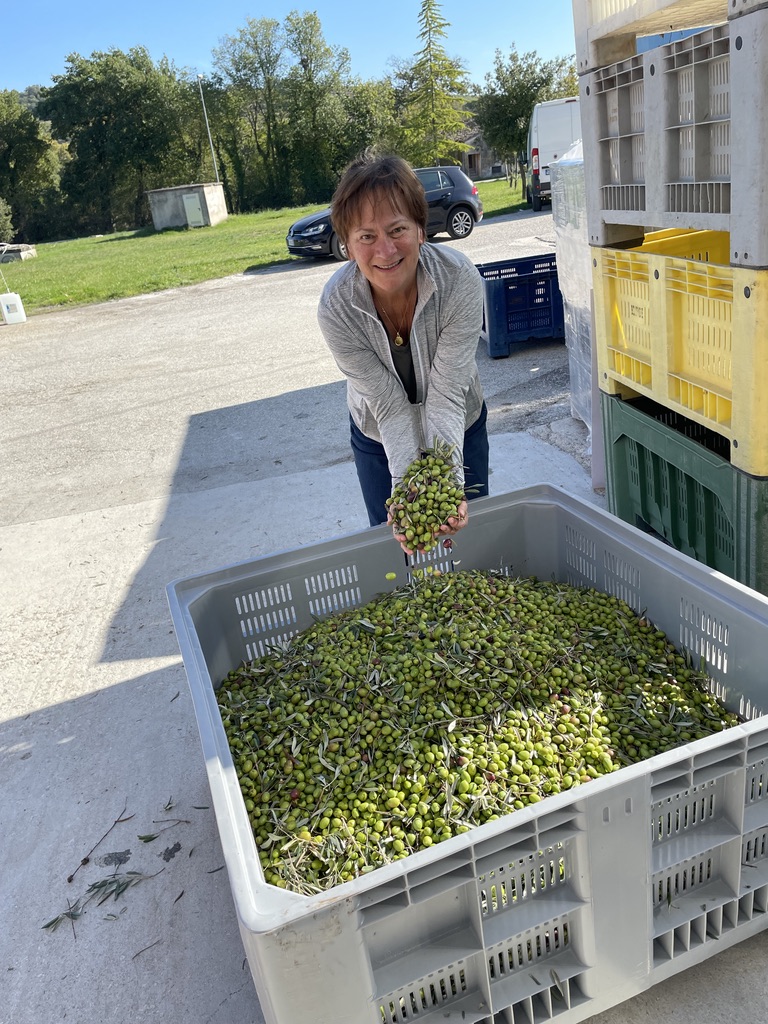 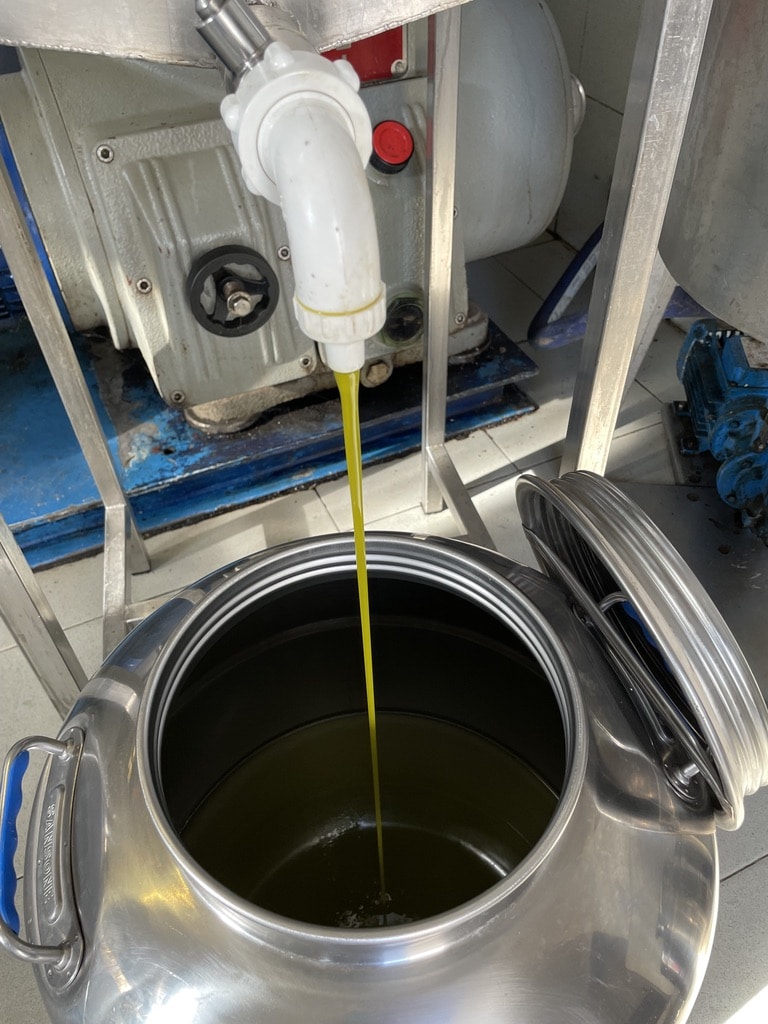 The first step was to clean the twigs and leaves from the olives, then put them through a water bath. After that they grind them up in two stages and finally it is pressed and the bright green oil comes out.

We couldn’t wait to get home and try our new oil on toasted bread.

We recorded our whole experience in this little video. Enjoy! 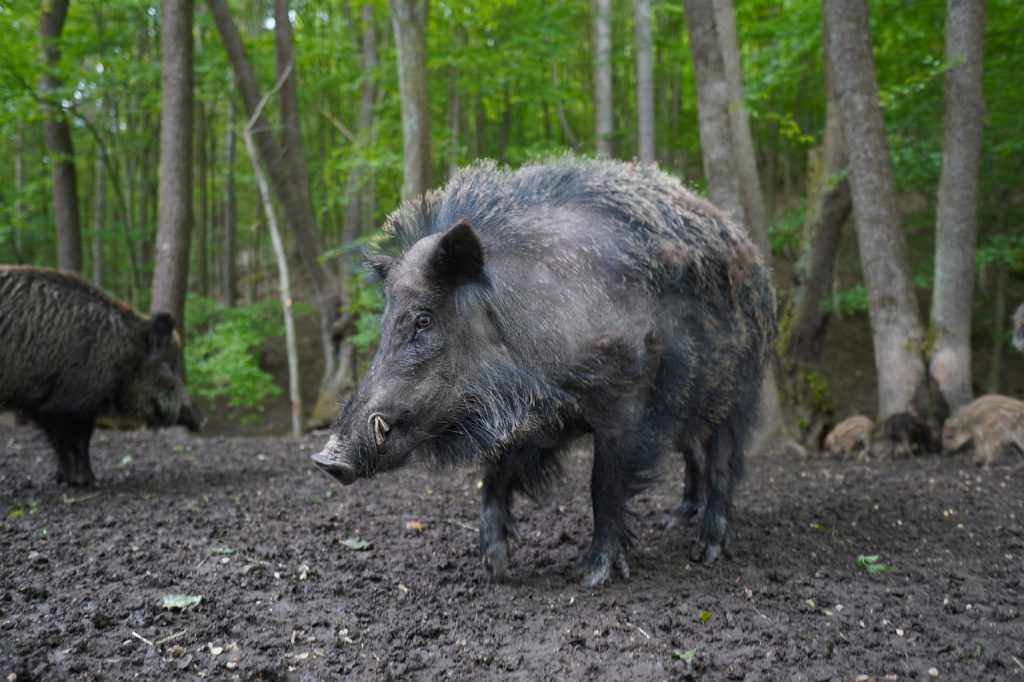 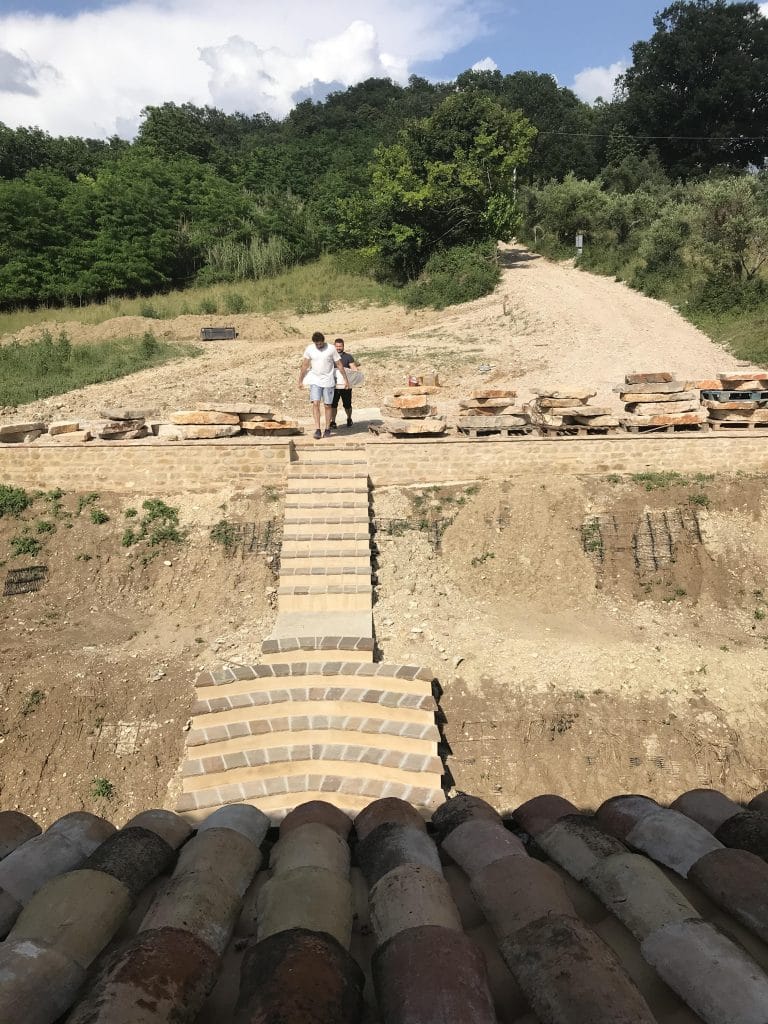 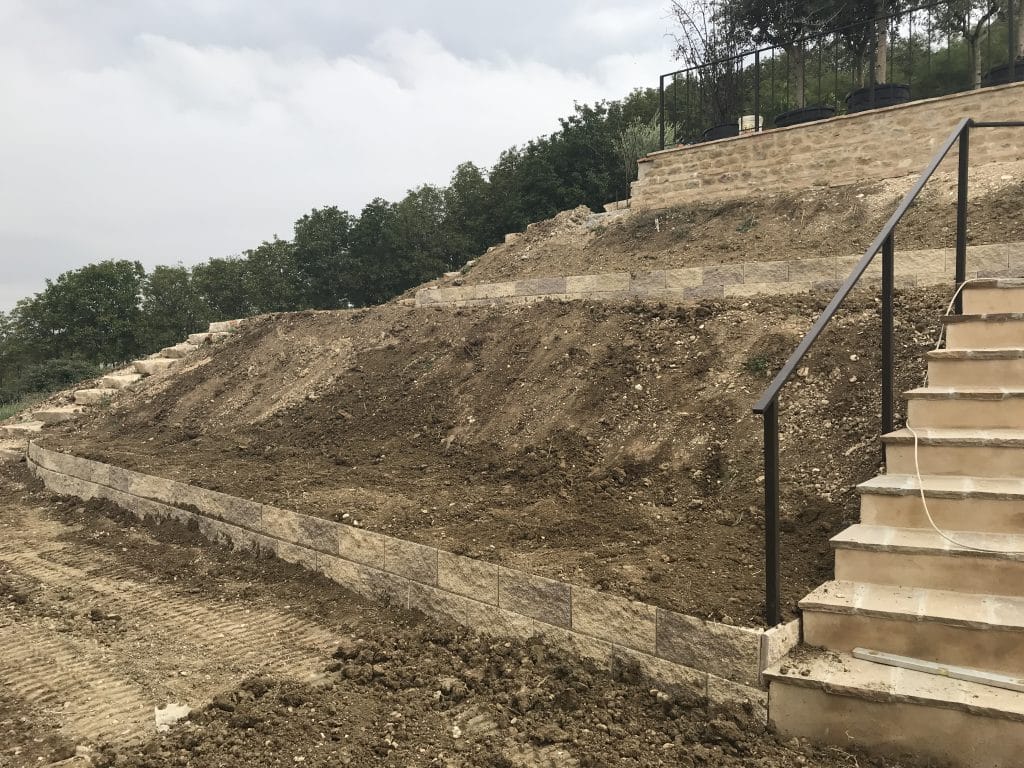 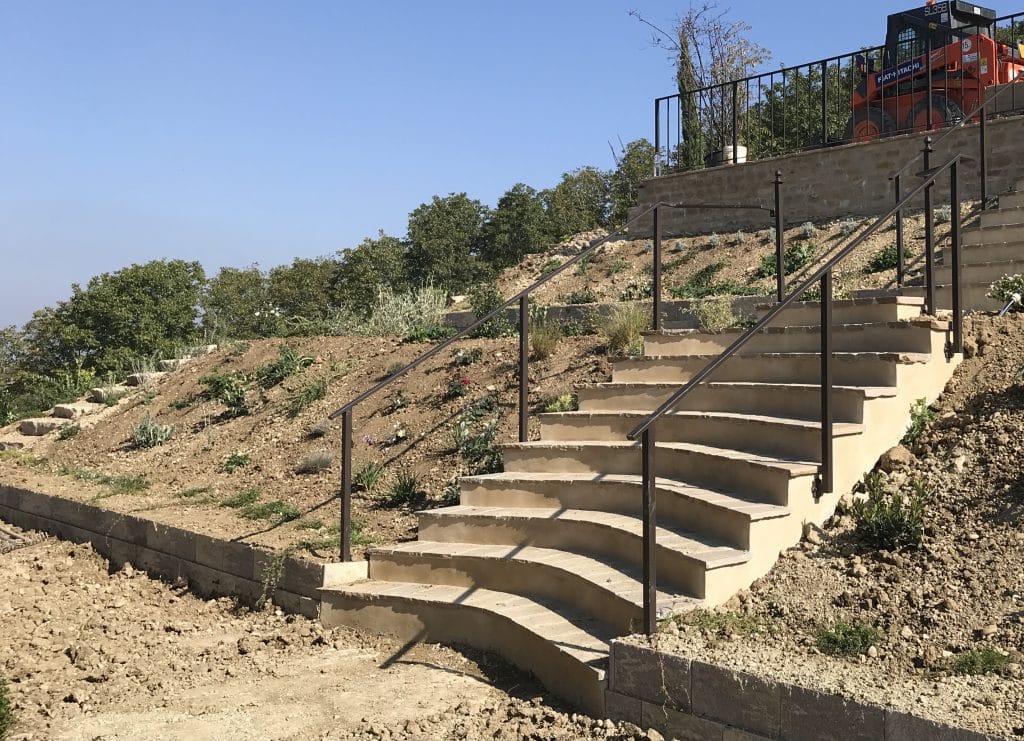 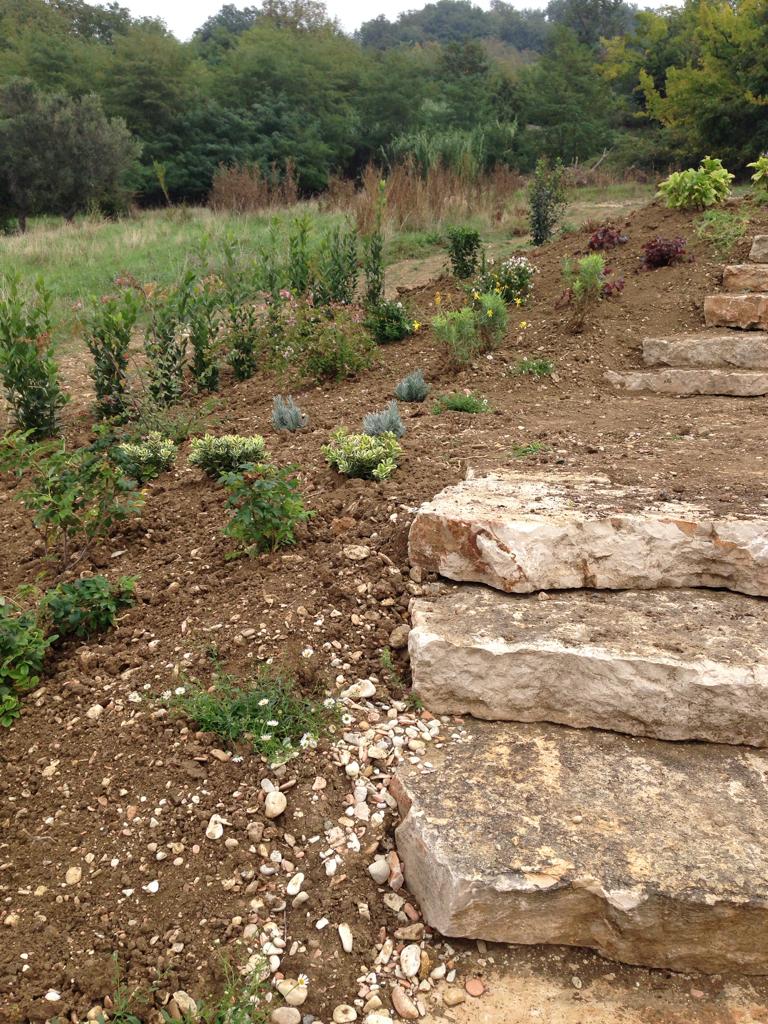 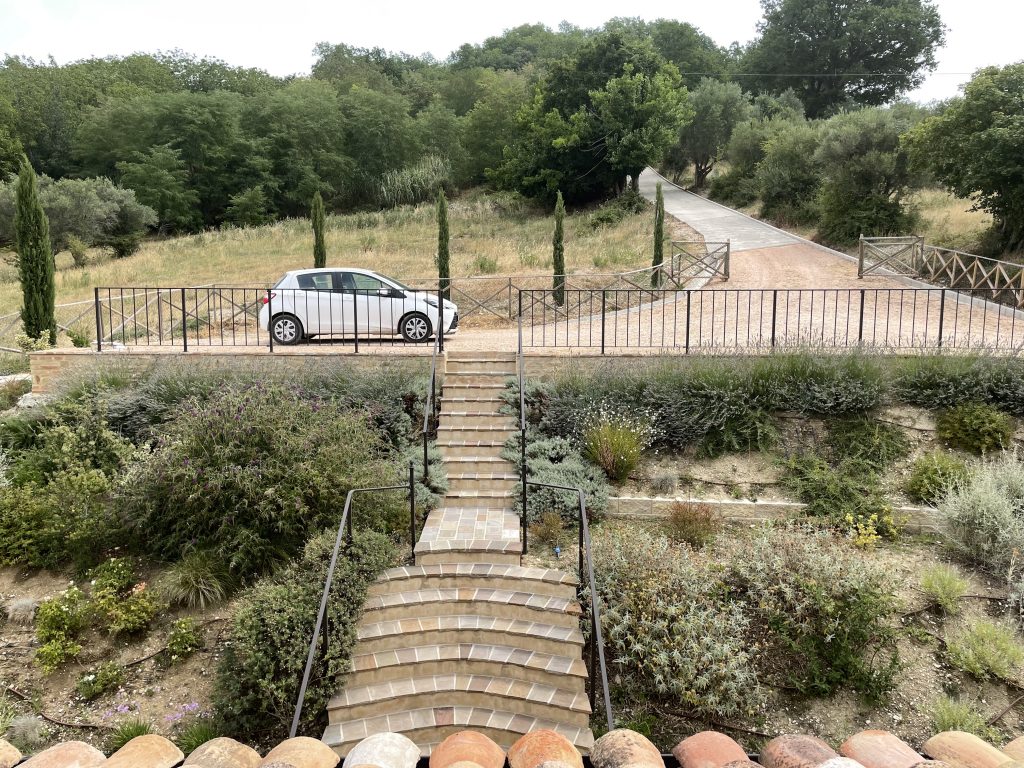 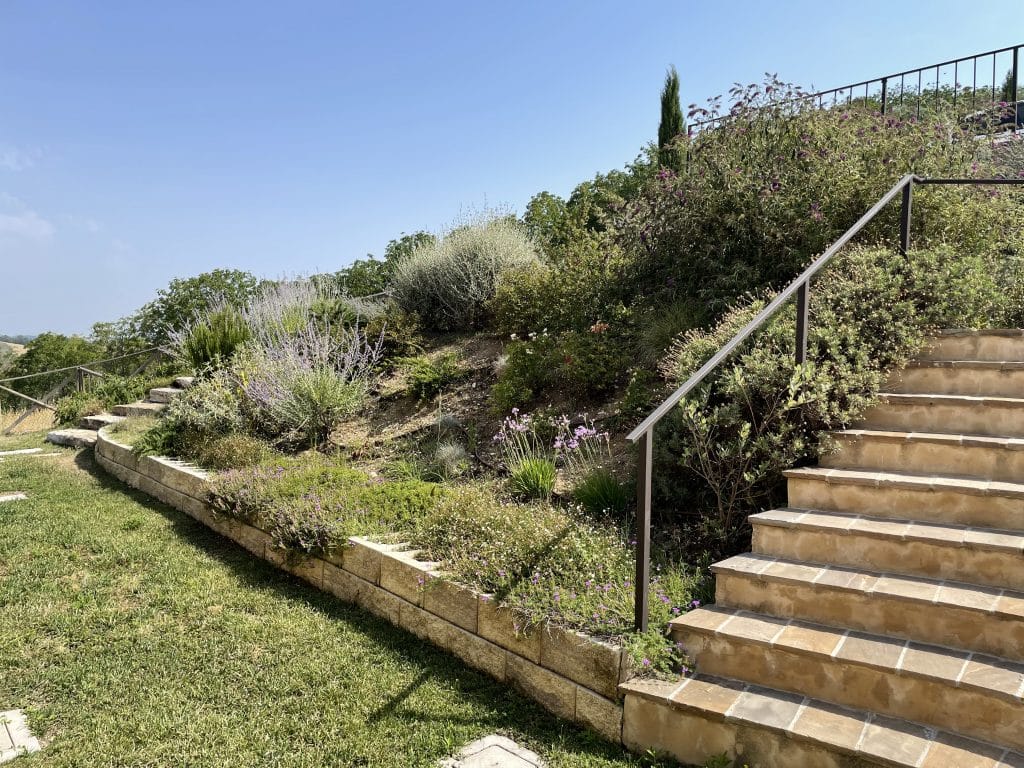 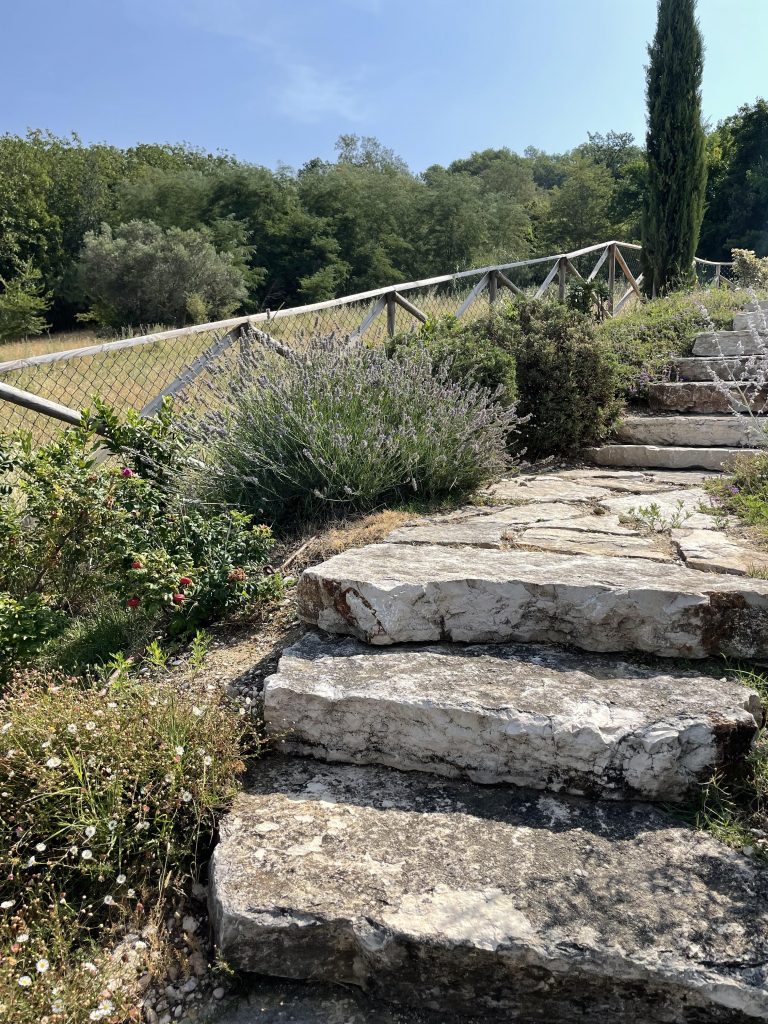