Today, Kevin sent a long explanation of the “lay of the land” situation. Some of the major earth moving has been done, so he went to check out the status. After being on site, he decided we need to make some changes to the grading and terracing plans.

Virtually all of what he says makes sense, so rather than rewrite it myself, I will more-or-less quote his email, but I’ll add some comments and pictures.

The concerns and changes all stem from the slope of the land. Anne, in particular, has commented about it when we’ve seen pictures.

I wanted to review the subject of earth movement, terracing, and back-filling.

The main impetus behind this is the fact that excavation and terracing plans are like battle plans … the first shot is fired and the plans are obsolete. As we dig and as a house takes shape those plans invariably evolve.

Last week, on Monday, I was on site and did not like the “feeling” of the house having earth on two sides — front and left side, looking downhill — that was just too high. To exaggerate the point, I didn’t like the sense of looking down at the house from those two spots. In addition, out in front of the house, the steepness of the drop was not to my liking.

Part of what was contributing to the issue was that when we/you moved the position of the house further back on the plot, it meant that we were closer to the triangle point that forms the top extreme of the property. I don’t want you to misconstrue that the way in which things were taking shape was a huge problem; it was not. It was just that I thought it could be improved and I thought it needed to be more reflective of our conversations when you were here.

So, I got the various people on site — Francisc, Jimmy, and the head of the earth moving company, plus Pippo given his experience in such things. We reviewed various ideas and options.

We decided to do three important things that have required a significant amount of planning and execution.

What Does All This Mean?

To cover the last point first, I decided to take the money from the contingency. The landscape budget is only €15,000, which seems low to start, so I don’t want to reduce it even before we have a landscape plan. And this was a contingent/unexpected expense, not one caused by a design change.

As Kevin said, the parking area has been relocated higher on the hill and the driveway shortened. I wonder how that might affect access.

I have three questions about the land near the house: Do we have enough flat land? Could it be extended? To accommodate the cherry and fig, will we need tree wells?

As to the slope, despite all these changes, I’m concerned it will still be steeper than we’d like going from level to level. That leaves me with a question about the way to deal with the level transitions:

The plan calls for the levels to be divided by earthen slopes, not retaining walls, and connected via paths, not stairs. I posed to Kevin the question whether this is still reasonable. I’m sure retaining walls and stairs are more expensive, but I don’t want things sliding down the hill or having it too difficult to go up and down.

Further, when I look at the picture of the pool, I really wonder if we don’t need a retaining wall to keep the earth from sliding down into the pool after rain.

Finally, Anne commented on how far down the hill the pool seems to be. I have to say it didn’t surprise me, having walked the land, but it will be a hilly hike down and back.

It certainly seems that the contractor, Francisc, with Kevin’s urging, is keeping costs down as much as possible: the zero cost earth here, the assumption of work from the utility company on the water line before, the supply of larger and chestnut beams. We have to be pleased.

All the photos. Notice that in the last one it shows that them preparing to build the walls: 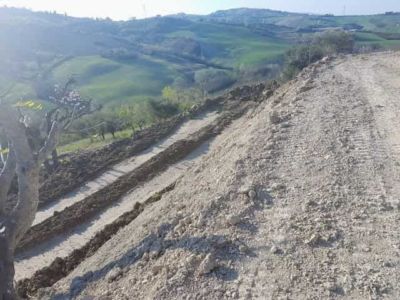 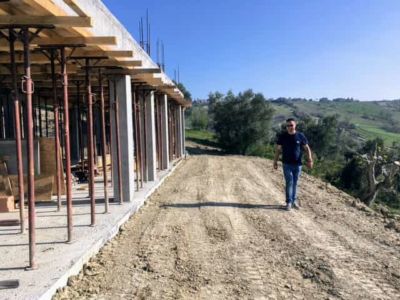 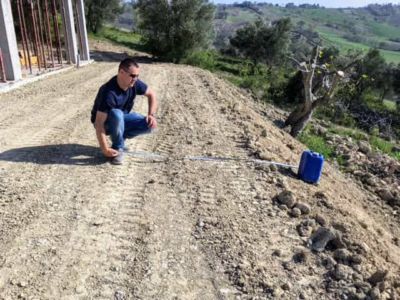 Flat Extends 3 Meters Past Blue Can 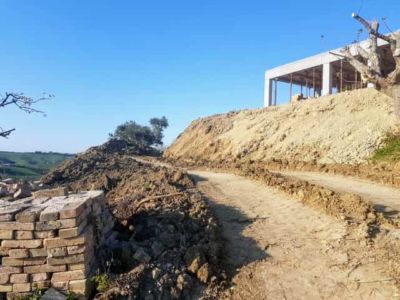 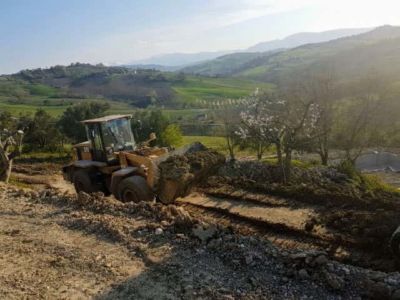 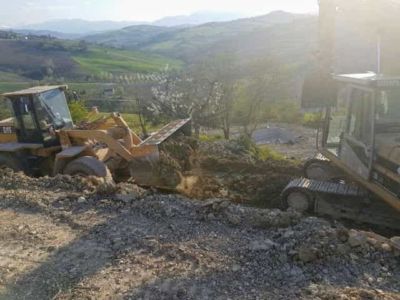 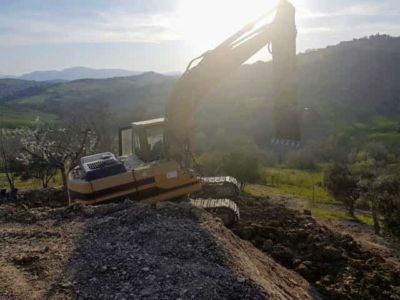 Compacting and Leveling Behind House 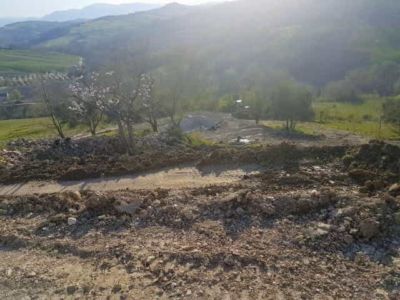 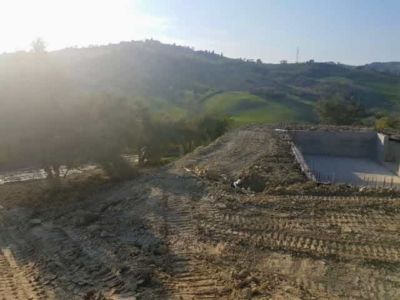 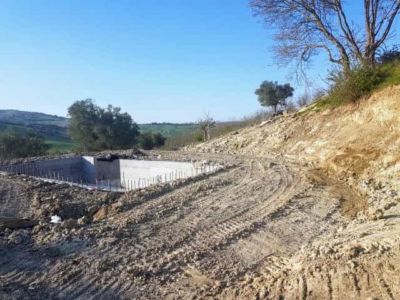 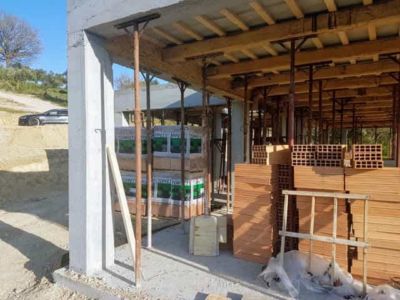