On the whole, there were no major surprises in any of the documents. The computo metrico stretched to 31 pages and described in detail the construction of the actual house structure — the underground pylons, the floors, the beams, and the support columns. It also included, but in less detail, the installation of the internal systems, such as plumbing, heating, and electrical.

I noticed two small discrepancies between our past discussions and the drawings and elevations, both for items we had adjusted late in the planning: the size and placement of the window in the stairway and the layout of the door and shower opening in the downstairs bathroom.

The one place I had a surprise was when I saw the view of the front of the house. I had expected that the edge of the top floor terrazza would be “behind” a section of roof, but because of the location of the terrazza, it appears that there is a “gap” in the roofline. 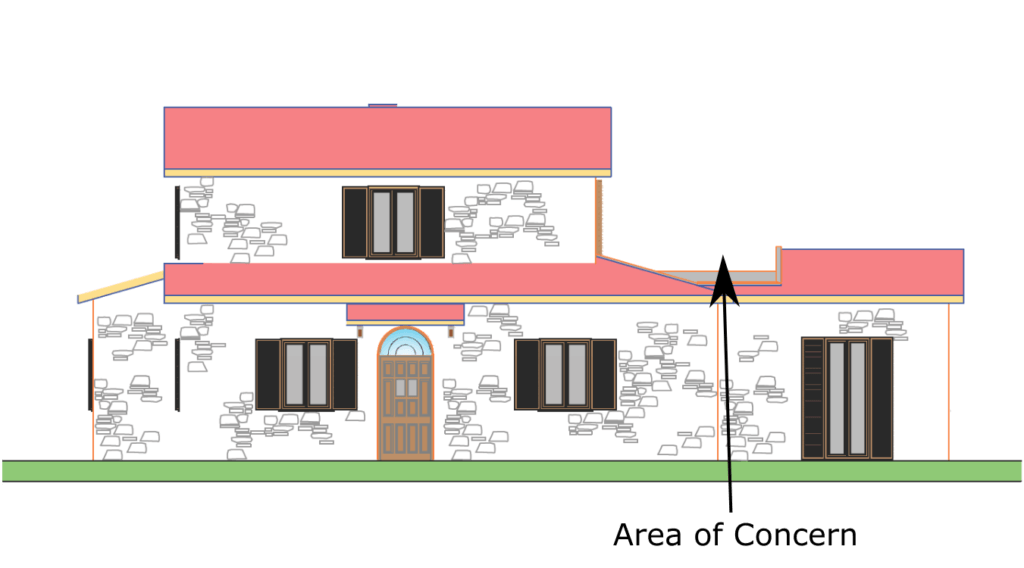 I can see why it happens when look at an overhead view of the terrazza and its placement, and there is not an obvious solution: the terrazza can’t be “pushed back” to allow a roof section, as the door to the terrazza is right on the front edge of the terrazza, and that door can’t be moved because of the whole top floor layout, especially the position of the bathroom. 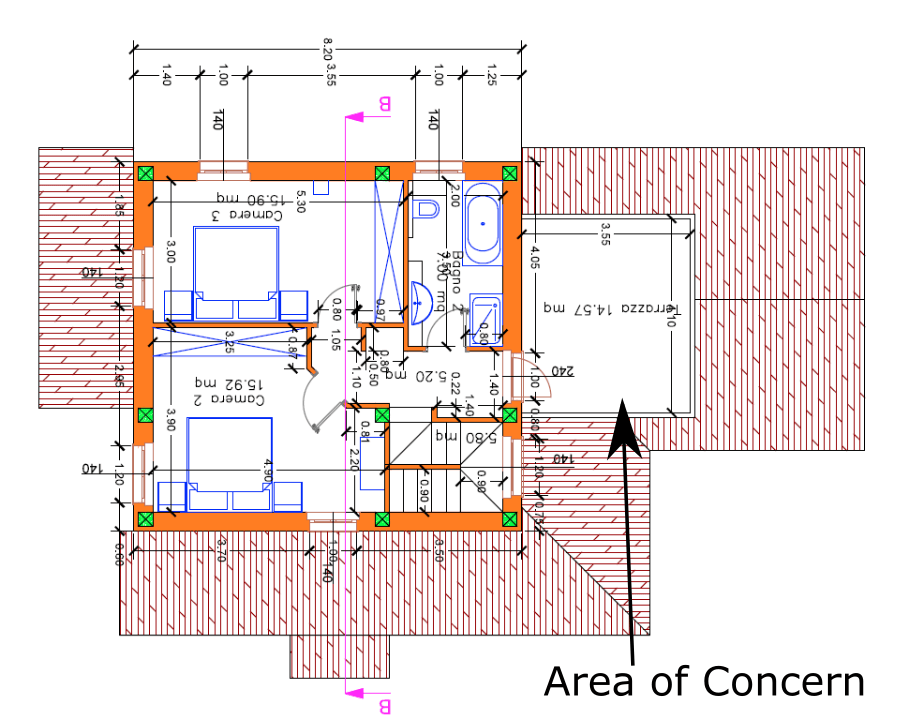 Kevin and I exchanged some ideas about how to handle the issue — which is purely one of the visibility of the “side” of the terrazza from the front of the house — including some type of railing or maybe a small stone wall. Nothing seems quite right, but Kevin said he’d get with the architect and figure out a solution.

Giovanna’s instructions were to make two copies of the documents, sign each page, and send them back to her “by courier.” We did sign as requested, which was a bit of a task for me as I needed to carefully write my name on each of the hundred or so pages.

I’m not sure exactly what she meant by “courier” — maybe just not to send regular mail — but I wasn’t doing anything more than sending by DHL, which in itself cost $97, but will have the documents there in three days.

Next will be the “advance” payments we owe Francisc and Jimmy, which add up to a few tens of thousands of euro.