We had only five properties to see on Day 2, but one of them was about an hour away from the others, so it was still going to be a full day of house hunting. 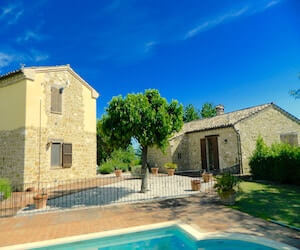 First we saw the close in houses, starting with Casa Duetto, a small compound of two buildings and a pool on 9.3 acres, with awesome views of snow-capped mountains. The smaller building, a 70 sq. meter cottage, was a perfect little guest house for 1-2 people. The only bad thing was the spiral staircase up to the 2nd floor. I couldn’t picture my older sister climbing that every night to get to her bedroom.

The key issue with the main house was you had to walk down a steep set of stone steps to get to the front door, as the house was built on a hillside. I would not look forward to schlepping my groceries down icey stairs in the dead of winter. Ed’s knees hurt just thinking of those steps. Plus, since it was built into the hillside, it was quite dark inside. 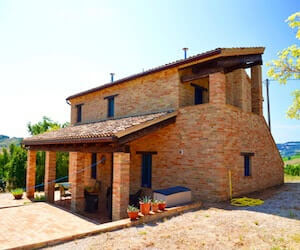 Kevin had nicknamed this house Casa Blu (Blue) since the doors, shutters and trim were all painted blue. At 350,000 Euro it was on the less expensive end of the spectrum, but it did need some work and we weren’t too wild about the mismatched IKEA kitchen and the power lines that were in view. Probably not a contender. 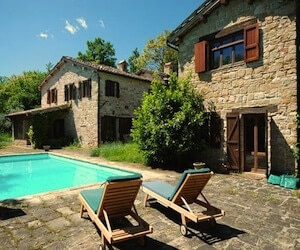 This was also a two building compound on a nice 2.5 acre property, but it needed a lot of upgrading, which would take the cost up to around 525 Euro. Emma didn’t like it at all and went so far as to say it was haunted. I guess that’s a no. 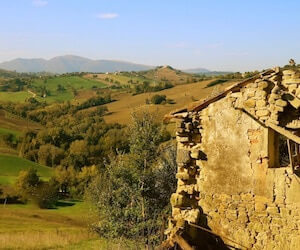 This was actually just a ruin on a little less than an acre of land. Literally a ruin: one wall and a pile of rubble. The owner already had provisional approval to build a 160 sq. meter house on the property. We wanted something bigger, with at least three bedrooms and an office/den and 2-3 baths. Kevin said we could build up to 190 sq. meters, based on the size of the original farmhouse. We were intrigued by this possibility because we could design the space the way we wanted and build with energy-efficient materials. Even with a rough plan of a house, Emma was having trouble visualizing what it would look like, and she was more in favor of getting a house that was already done, like Casa Ben Pensata or Casa Immersa from yesterday

Casa Col di Luce was the house that was an hour northwest of the others, near the town of Pergola.
We loved it immediately. It had a beautiful, 8 acre property with a gorgeous pool and knock-out views. The side of the house facing the pool had a shady loggia, and the interior of the house had just the right amount of space and just the right rooms. Everything was meticulously cared for. This was it, we thought! We had just had one question: what was around here? We had driven an hour and were not familiar with this area. Kevin was only able to say it was not as good a location as the other houses in terms of being near restaurants, shopping and things to do. That gave us pause. We would not like to move here and sit by ourselves in our house, no matter how lovely. 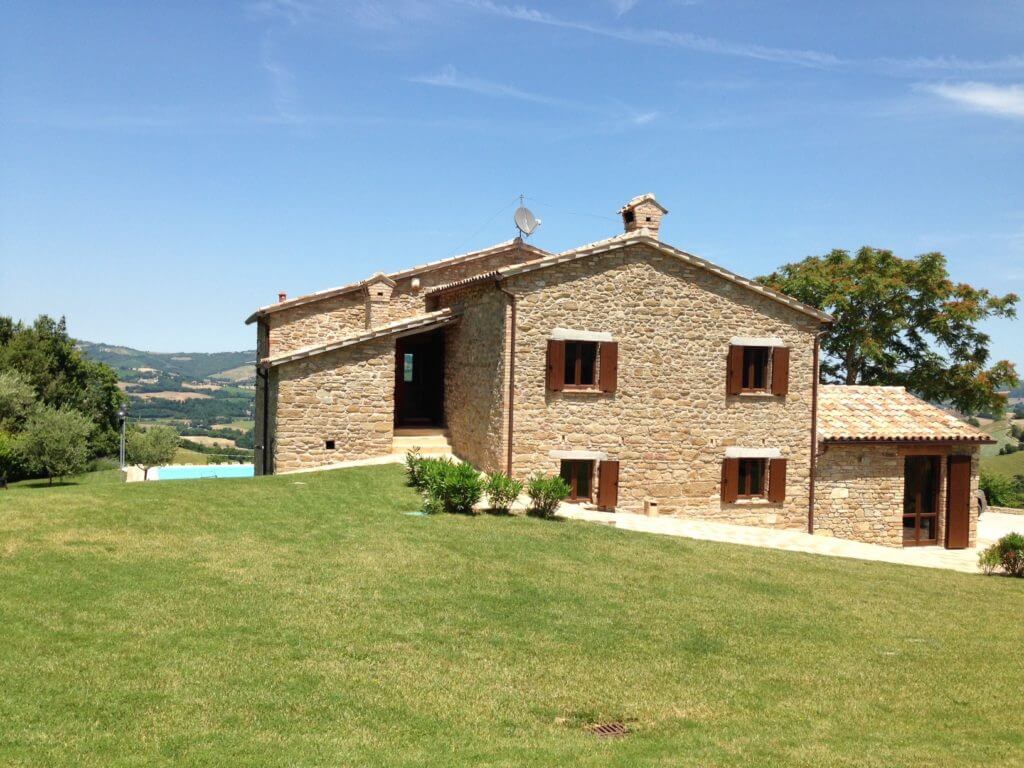