Today’s group of pictures shows the start of the construction of the top floor, what we call the “second” floor here in the US but is called the “first” floor in Italy.

Step one was to erect the scaffolding around the perimeter of the house. In will support the concrete forms for the reinforced concrete beams and slabs that will be the floor base.

The key element in this structure is what Kevin calls the “cage”. Here’s a photo and then his description.

This CAGE is Your First Floor … it will be tied throughout with steel rods … the beams will be mounted in it … it is a CRITICAL structural component of the building and KEY to its anti-seismic performance.

By the way, in that photo, you can see a power or cell tower in the background. Anne absolutely HATES that there is a tower in the view and wants to plant a big tree that will block it.

Kevin has also included a shot of the unfinished chestnut beams. They will be treated before installation and stained later.

I was surprised to see these beams on the site at this stage. I assumed they would be added later, as a cosmetic addition to the ceiling, but maybe they get built in as the slab is constructed.

The beams are cosmetic in that they serve little to no structural purpose. They are, however, mounted into the structure using tied-in steel rods that go in the steel frame of the floor that is then filled with high spec concrete. It’s done this way to ensure the beams, if they move, do not move independently, but instead as an integrated part of a unique structure.

Here are all the photos from today. 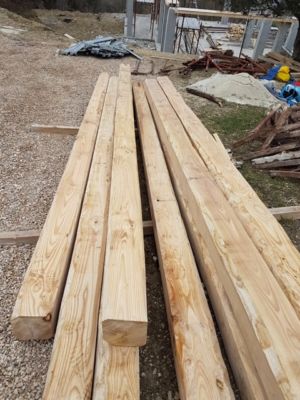 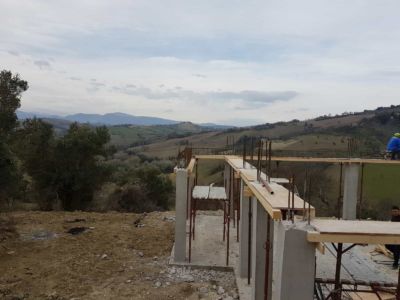 Starting the Supports of the Top Floor Base 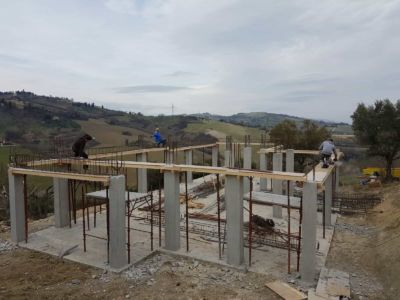 A Little Unsteady on the Framing 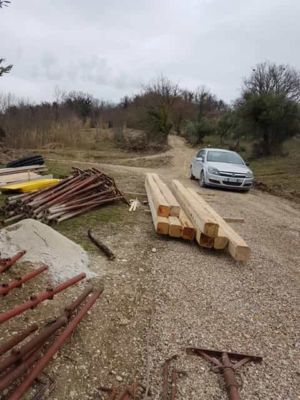 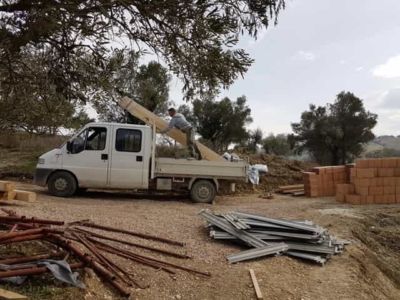 Delivering Materials for the Structural Forms 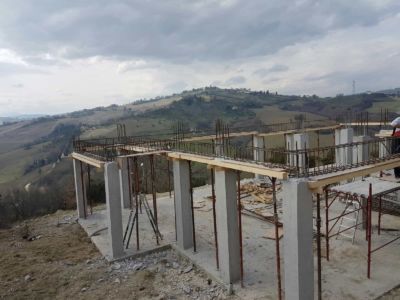 Forming the Perimeter of the First Floor 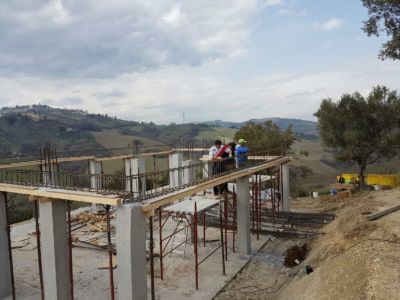 The Structural Cage for the First Floor
built with GmediaGallery