Our house had been finished a few months when I went over to furnish it last June. I realized when I ordered some things online that I didn’t actually know what our street address was. Since our house was in what had been just a field with no road to it, it did not show up on any map. All we had to indicate where we lived were GPS coordinates, so that’s what we provided as an address when ordering things online.

Last June before leaving for Italy I ordered a whole load of stuff for the house from Amazon, thinking it would just be easier to have it delivered to our door than schlepping all over the place to find basic household goods.

As it turns out I still had to schlepp to town every day to get my stuff. I’d get a call from either the mail carrier, DHL or some other delivery guy saying they had a package for me and I needed to come meet them in the piazza to get it. Although we had specifically provided our GPS coordinates to Amazon and other vendors, no one was willing to even try and find our house without a house number.

I visited the comune (town hall) and asked what our street number (numero civico) was, assuming it would be straightforward request. I was told that we needed a certificate of occupancy first before they could process a request for a street number. Once our geometra submitted the paperwork we would have our numero civico within six weeks.

Jimmy, our geometra, got on it right away, so we figured we’d have the number by the time we came back eight weeks later in August.

But no. August came and went and no numero civico. It’s hard to furnish a house when you can’t get anyone to deliver furniture to you. Some of the stuff we ordered ended up at our neighbor’s house and some of it was delivered only because Ed waited up at the main road and led them to our house. Some of it never showed up at all.

Finally towards the end of September we received this very official looking document from the Comune of Colmurano: 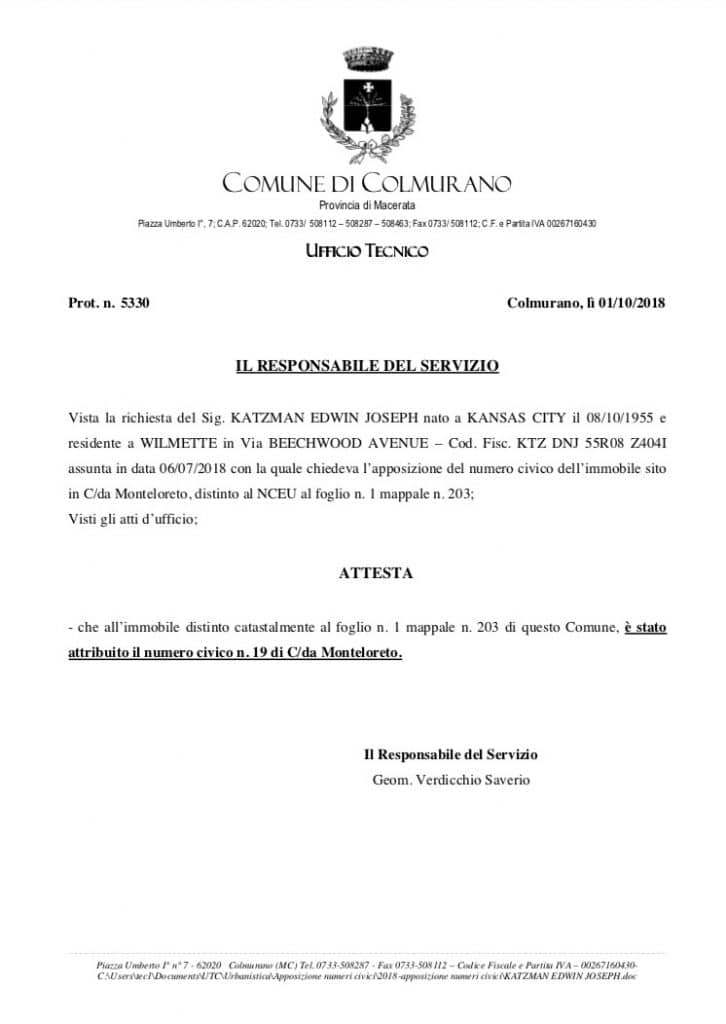 So it’s official. Our numero civico is Contrada Monteloreto, 19.

But we still had a problem. The street sign up at the turn-off from the main road says that the houses on our road are numbers 20 through 28: 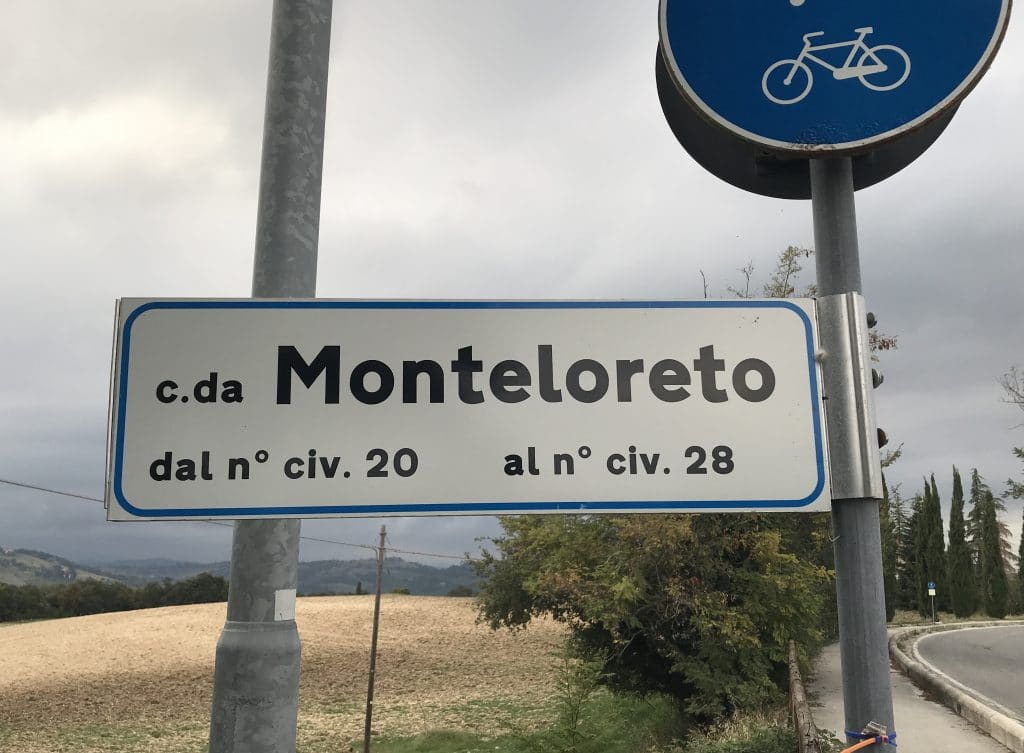 The delivery people seem to be very literal, so unless the sign is changed to include number 19, I am not convinced anything we order will show up.

I asked a couple locals how long they thought it might take for the comune to change the sign and all I got were eye rolls. The chances of getting a new sign were slim to none.

It was time to take matters into my own hands and fix the sign myself. A visit to a nearby hardware store yielded some adhesive numbers (though they were so old the adhesive wasn’t sticky anymore). So I bought some glue. 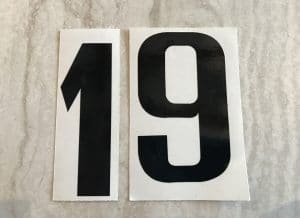 The numbers weren’t quite the right size but they would have to do. I threw my step-stool into the car and headed up to the main road, where I glued my numbers to the street sign.  Not very subtle, but it should do the trick: 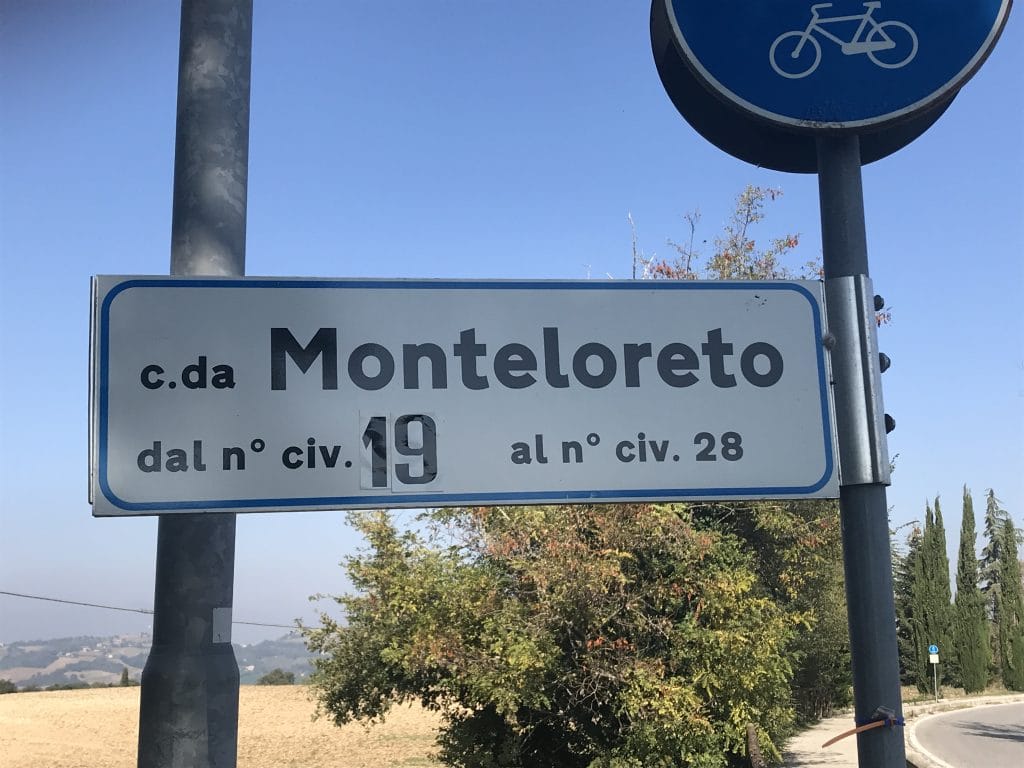 Alas, it doesn’t seem to have made a difference. Our latest Amazon order was delivered to another house up the road. On the plus side, it did give us an opportunity to meet the neighbors who had our stuff, and they were very welcoming. So we’ve made some new friends.